Corona seeds will soon be full! 2 No, only COVID-19 will be confirmed in 2.5 hours 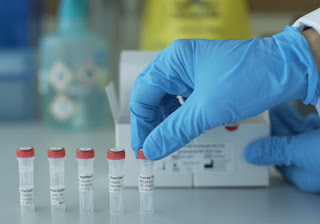 The risk of the coronary virus and its spread of COVID-19 is increasing almost all over the world and efforts are being made to make test kits along with its vaccine, so as to reduce the time to confirm the case.  It's taking two days or more.

In less than two and a half hours, Covid-19 will be confirmed

A German company in Iowa has claimed that the new test kit developed by it will confirm the disease in just two and a half hours.  According to a report, Robert Bosch, GmbH's chief operating officer, Volkmar Danner, claimed in a statement Thursday that his company's test kit could confirm Covid-19 in less than half an hour, which would help fight the epidemic.

"Infected patients can be identified quickly and can be isolated immediately," he said.  According to the report, Bosch said, "This new test uses a Violactic Molecular Diagnostics platform designed by Bosch's healthcare division.  These devices have already been used in hospitals, laboratories and medical practice to identify many bacterial and viral illnesses, such as the flu and pneumonia. "

The kits will be sold in the international market

The device will be available in Germany in April and will be sold in the international market.  Maberg cited Bosch as saying that Bosch had developed the test in conjunction with its partner for Vivolitics and Randox Laboratories Ltd, a medical device manufacturer in Northern Ireland.